This is a set of blueprints that includes six 18″ x 24″ sheets with interior and exterior views plus bridge details of the Klingon Scout Vessel, K’tara class, in a decorated sleeve. This is the famous Bird of Prey.

This is a set of blueprints that includes six 18″ x 24″ sheets with interior and exterior views plus bridge details of the Klingon Scout Vessel, K’tara class, in a decorated sleeve. This is the famous Bird of Prey. They are unused and mint in the package, produced over 15 years ago and now out of print and is stored in a smoke and pet free environment.

This package includes a complete set of six 14″ x 17 1/2″ blueprints of Star Fleet’s Avenger Class starship in an illustrated sleeve. This is the class that the U.S.S. Reliant belonged to in the hit movie Star Trek II: The Wrath of Khan.

First produced in 1996, for the 30th anniversary of Star Trek, this mint, original shrinkwrap never played music cd contains music from some of the best episodes of the first four Star Trek TV Series. It is also a multi-media cd, so when played on your computer, you can also pull up visual images from Star trek.

Star Trek The Art of the Film Hardcover Book 2009 UNREAD

This is a new, first printing, never read trade hardcover book with dustjacket printed in Great Britain by Titan Books with a suggested retail of $29.95. Director J.J. Abrams new vision of the greatest space adventure of all time, Star Trek features a young, new crew venturing boldly where no man has gone before, as it tells the story of how the brash Starfleet cadet James T. Kirk first meets a Vulcan named Spock, and earns the Captain’s chair of the Starship Enterprise. The film quickly became a critical and commercial smash hit worldwide, as audiences confirmed Trekkers and newcomers alike thrilled to a state-of-the-art action epic which both respected the legacy of Gene Roddenberry’s archetypal modern myth and forged ahead into an exciting future of its own.

Star Trek: The Art of the Film is a lavishly illustrated celebration of that new vision, tracing the evolution of the movies look through a stunning array of previously unseen pre-production paintings, concept sketches, costume and set designs, unit photography and final frames. It is printed on slick paper in full color. Written by New York Times-bestselling author Mark Cotta Vaz in close co-operation with the films production team, and including a Foreword by J.J. Abrams, this is the essential companion to the film.

This is a new, never read trade paperback that is the official Starfleet Survival Guide. It contains up-to-date declassified information on Standard Equipment-Nonstandard Uses, Unconventional Medicine, Dangerous Life Forms, Extreme Scenarios and more. It is a Starfleet reference guide and text. Contained within are sketches and charts and a wealth of info.

Sign up to receive news, updates, and special offers from Starbase Atlanta! 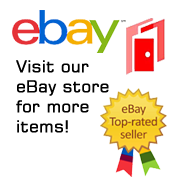